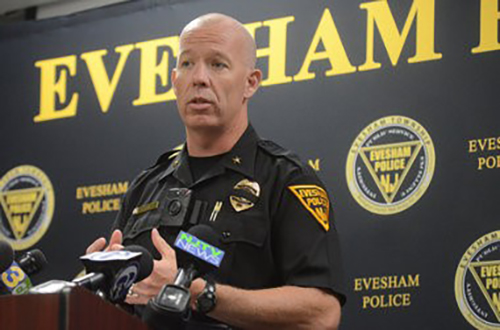 The Chief of Police is the ranking officer of the department and has complete authority over all police personnel, functions and operations. The Chief exercises all lawful powers of his office and issues such orders, directives, policies and procedures as may be necessary to ensure the efficient and effective performance of the department.The Chief of the Evesham Township Police Department is Christopher Chew, who began his career in 1996. He attended the Gloucester County Police Academy and graduated in April 1996.

Chief Chew was awarded a Bachelor of Arts Degree in Criminal Justice from Rowan University in June of 1996. In May of 2009, he was also awarded a Master’s Degree in Administrative Sciences, along with certificates in Law & Public Safety Administration and Global Leadership from Farleigh Dickinson University. He later attended the FBI Law Enforcement Executive Development Seminar at Princeton University and is a graduate of the 250th Session of the FBI National Academy at Quantico, Virginia.

He is a state certified CALEA assessor and maintains active membership in the FBI National Academy Associates. 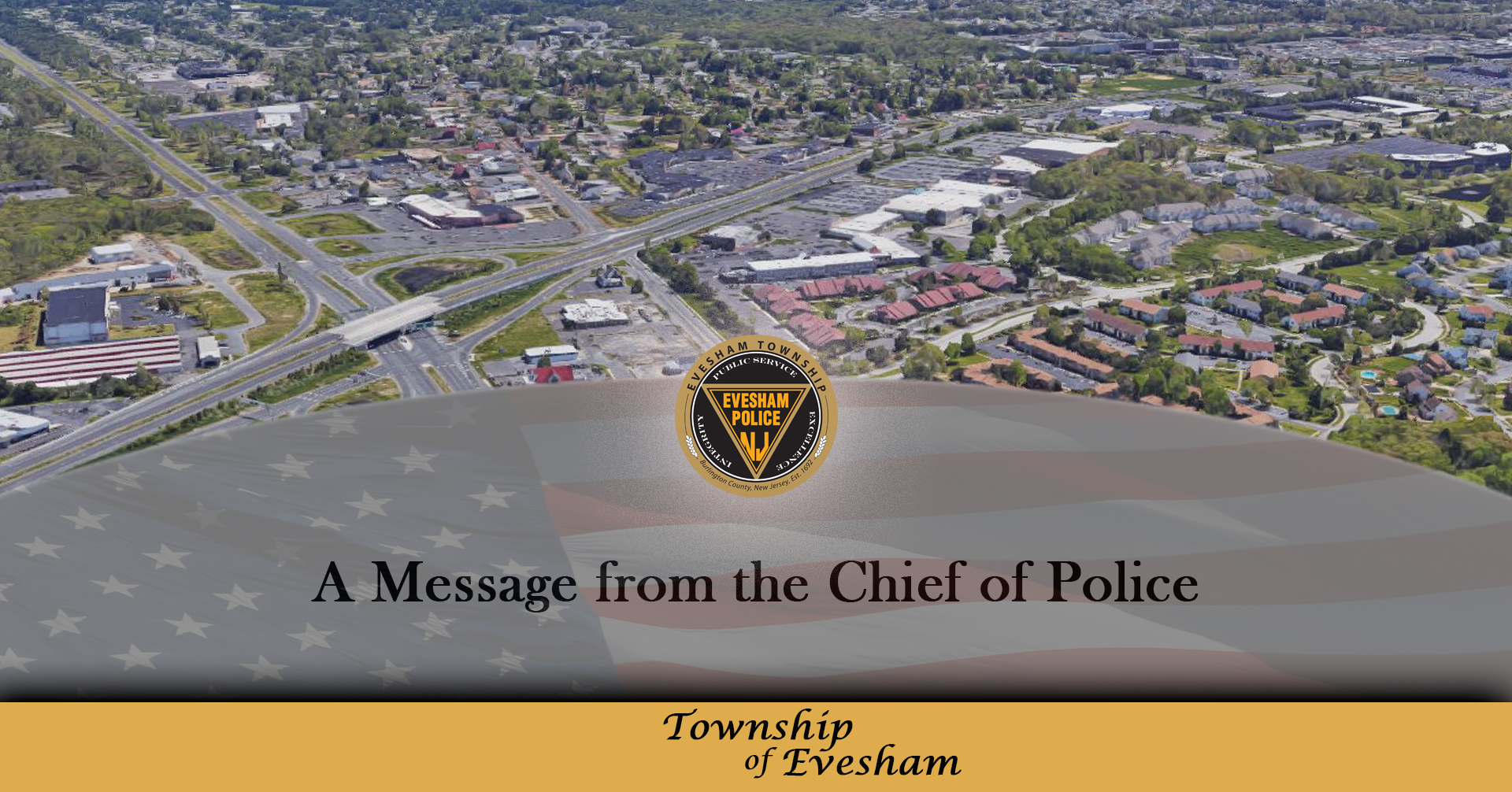